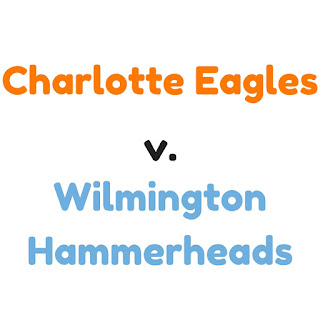 The 2017 PDL season kicks off for Wilmington Hammerheads FC with an away match against the Charlotte Eagles. The match will be the first of the season for both clubs.

Last season, the Eagles finished at the top of the table and advanced to the playoffs. In the fourteen matches of the regular season, the club earned an 11-2-1 record. The club tallied thirty-four points and only conceded eight times. The club's playoff run ended quickly with 4-0 defeat at the hands of Tri-Cities FC that knocked the club out of the competition.

Santiago Moar, who currently plays for USL side Bethlem Steel FC, spent the 2016 season with the Charlotte Eagles.

To reach the playoffs, the Hammerheads must finish the season as one of the top two teams in the South Atlantic Division of the Eastern Conference. There are eleven teams in the South Atlantic Division. The only two clubs in the division that have played a match so far are North Carolina FC U-23 and Tobacco Road FC. The two clubs played each other to a 2-2 draw and currently sit tied at the top of the table with two points each.